Your Destination Wedding in Greece inspiration

A Wonderful Wedding in Skyros 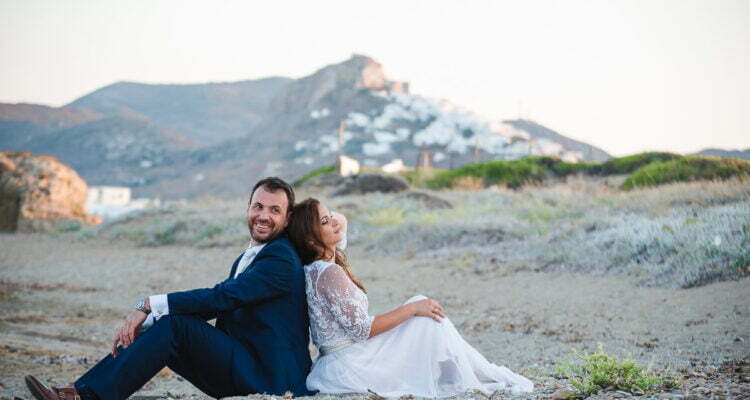 In Agios Nikolaos, in the port of Skyros, was held, the marriage of Nicolette and Christos. Although they stay permanently abroad, could not resist the beautiful island of the Sporades.

The groom was dressed up in Fouli’s Estate in Agaliini, while the bride with the help of the bride’s maids at the Skiros Palace hotel, where the party had already begun before the mystery, with the drinks flowing and the music was sounding in all the corners of the island.

The wedding in the picturesque church of Ag. Nicholas had a family atmosphere, since the priest of the temple made the couple feel comfortable.

The two, of them in their first steps as husband and wife, were full with rice that the guests threw, a custom that has been taking place for centuries in Greek weddings.

The party continued until morning and took place at the Skiros Palace Hotel, with music alternating from disco to traditional one, embracing their guests’ cultures.

The next day photoshooting was taken by the artistic group of Weddings of Skyros with the magnificent views at Ag.Panteleimonas and dreamy scenery in the Puria area.

Bridal Bouquet Made of Roses

Your guide to find the best wedding professionals for your destination wedding in Greece!

You're registered and logged in successfully. Redirecting please wait....

Registered successfully. An activation email has been sent to your provided email address. Didn't get any email?   Resend Again

Please try another email or signin.

Email is not resgistered with us.